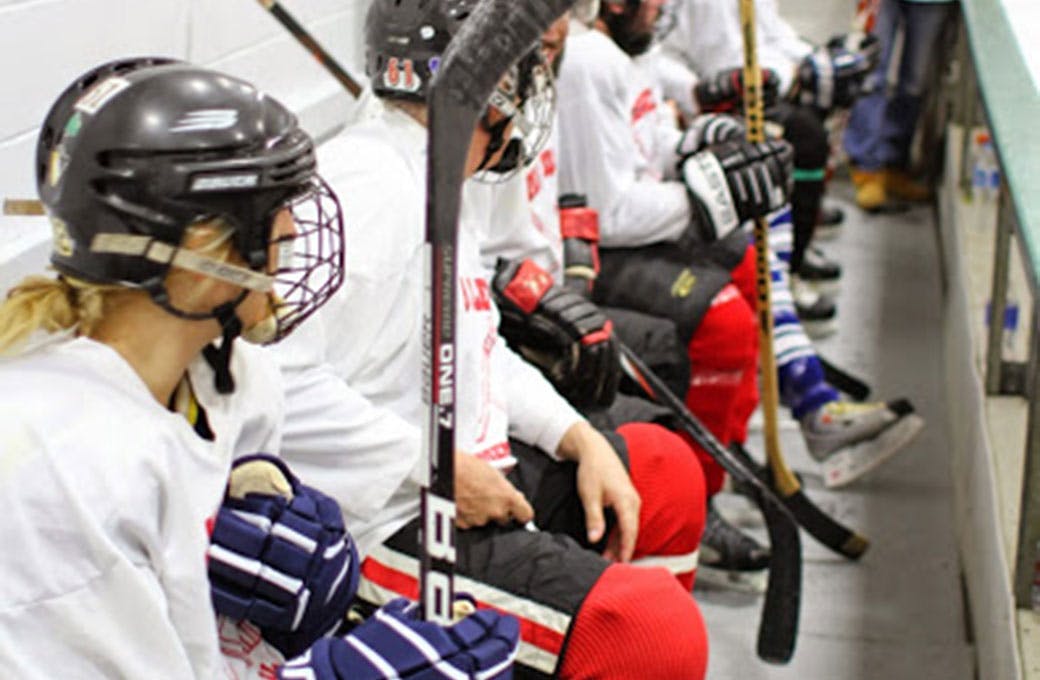 We are a non-profit organization inspired by the courage and strength of Ryan Gebler.

Ryan Gebler, an accomplished collegiate hockey player, talented musician, and a friend to all lost his battle with a rare form of bone cancer on December 23rd, 2012. This aggressive form of cancer put Ryan through years of hospital visits and multiple surgeries. Hanging over Ryan’s bed throughout his ordeal were the colors or flag flown by the Irish Brigade during the United States Civil War. When translated, it reads, "Who Never Retreated From The Clash of Spears." To Ryan, the flag was a sign of perseverance and hope. To Ryan’s family and friends, the flag became a source of inspiration to remain steadfast and to help others.

While Ryan was known for his many talents, he will best be remembered for his ability and desire to bring people together. Whether it was family, friends, teammates, band mates, classmates, or roommates; to Ryan, more certainly did equal merrier. Ryan’s infectious personality bred an intimate sense of closeness. To know Ryan was to feel welcomed and cared for; to feel like you belonged. Ryan recognized that togetherness empowers us to battle and to heal in difficult times. Today we unite in Ryan’s memory to be a source of strength for others in their time of weakness; to Never Retreat in our pursuit to help those afflicted with cancer.
After Ryan Gebler lost his battle with a rare form of bone cancer, his family chose to start and foundation and dedicate it to funding programs that inspire hope, healing, and encouragement to individuals and families affected by cancer.
It is managed by Ryan's closest family and friends.

We are dedicated to funding programs that inspire hope, healing and encouragement to those battling cancer and their families. The foundation, galvanized by Ryan’s Never Retreat spirit, strives to support initiatives which address the spiritual, emotional, and physical toll that cancer wages on those afflicted.