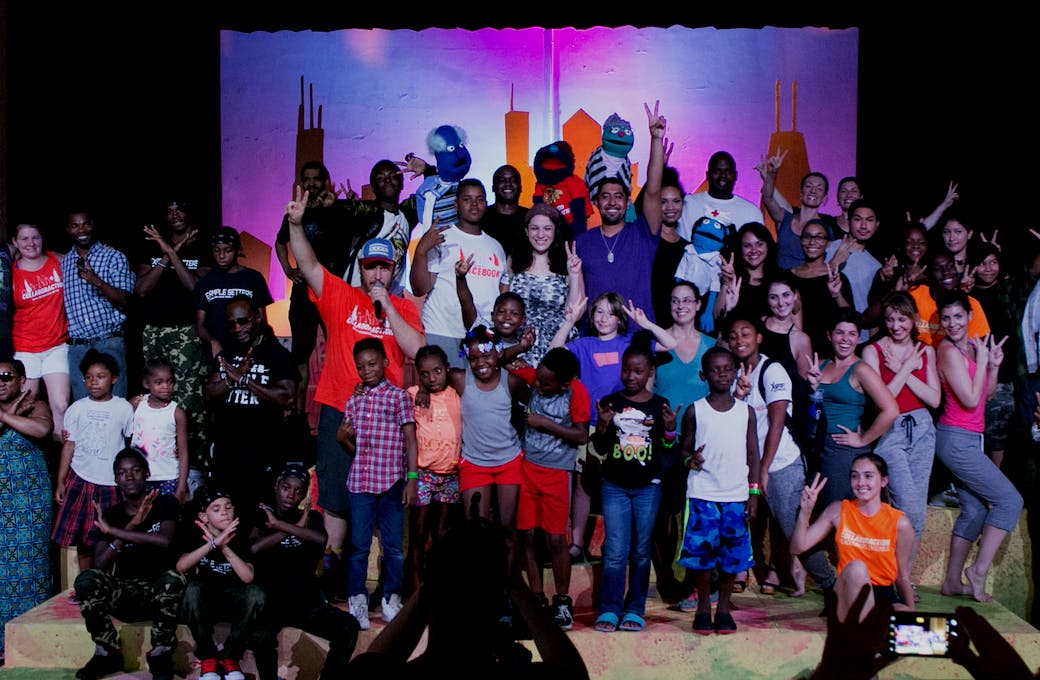 Since its inception in 1996, Collaboraction has worked with more than 4,000 artists and volunteers in dozens of venues across the city, and performed for over 120,000 patrons. Mary Houlihan of Chicago Sun Times said, “Creative fearlessness has led Collaboraction to the upper echelon of Chicago Theatre.”

In 2012, a national spotlight was put on Chicago’s problem of violent crime. In response to this CRIME SCENE an original docudrama about Chicago’s legacy of violent crime, was devised. Premiering to sold-out audiences, this show became a staple for Collaboraction and successfully toured for 3 summers to neighborhoods most affected by violence. Chris Jones of the Chicago Tribune lauded it as “the best show in the company’s history.” During this time, Collaboraction solidified its mission to create original theatrical experiences that push artistic boundaries in order to explore critical social issues with a diverse community of Chicagoans.

Collaboraction’s SKETCHBOOK, “the premiere short play festival in the Midwest,” according to the Chicago Tribune, which ran for 15 years, successfully ended in January 2016 to sold out houses. In 2016, however, Collaboraction merged SKETCHBOOK with its CRIME SCENE touring experience, to create PEACEBOOK, a festival of peace-centered theatre, dance, visual art and music, featuring 21 original pieces by Chicagoans. In 2016, Peacebook launched in Englewood, Austin and Uptown and brought together over 250 artists and over 1700 audience members into the Chicago Peace Movement. With partnership and support from the Chicago Park District, NEA and Goodman Theatre, Collaboraction is able to offer PEACEBOOK for free AND pay all writers, directors and actors.

Collaboraction also has a thriving year-round teen program that includes two ASM programs and the Collaboraction Peacemakers Ensemble, and the company generates additional revenue from space rentals and its successful For Hire Department.