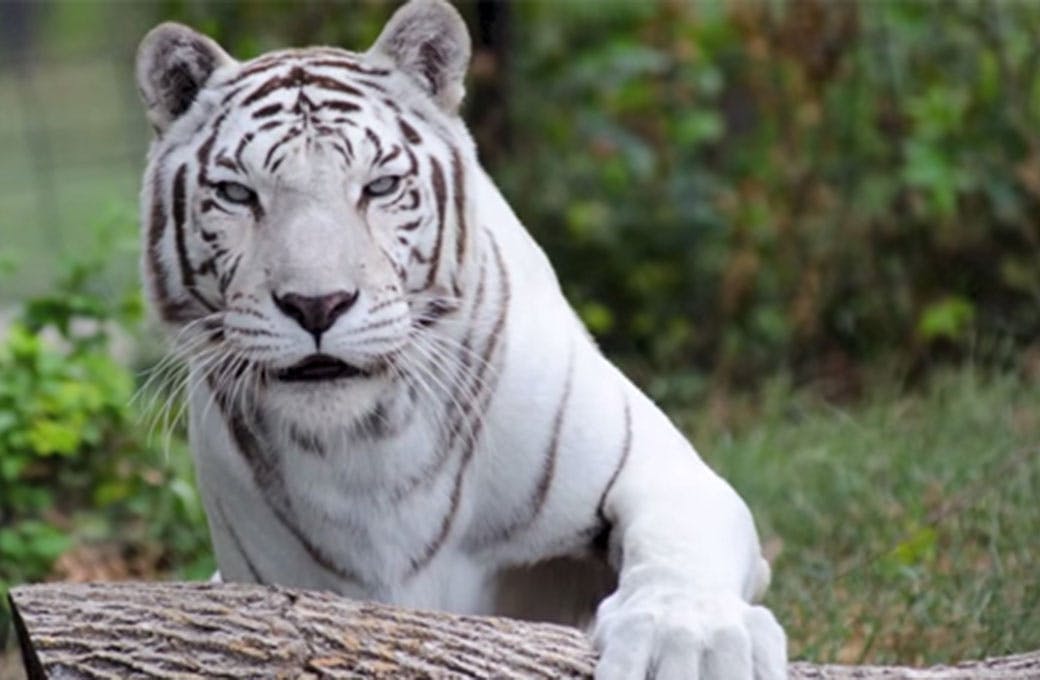 Turpentine Creek is a Non-Profit organization that provides lifetime refuge for abandoned, abused, and neglected "Big Cats". Open to the public daily 9-6.
In 1978, the Jackson Family acquired their first lion, Bum, while living in NE Texas. Tanya Jackson Smith, current president of TCWR, was only 8 years old. In 1982, they acquired another lion, named Sheila. Although it wasn't easy taking care of the two lions in their backyard, the Jackson family was successful. Bum and Shelia moved from their home in Hope, Arkansas, to Eureka Springs when the Refuge was first started in 1992. They remained at the Refuge for their entire life. Through Bum and Sheila's demanding backyard presence, the Jackson's met many people who either had, or wanted to have, a big cat as a pet living under their care, at their home.

A black market breeder showed up on the Jackson's doorstep with 38 big cats crammed into two cattle trailers. She was on the run from the law in Texas and desperately needed to find a home for the cats. A friend of the Jackson family lived on a ranch in Eureka Springs, Arkansas, and offered temporary refuge for the cats. Later the property was bought for a permanent home. The 38 big cats were moved to the nearly 500 acre ranch near Eureka Springs, which later became what today is Turpentine Creek Wildlife Refuge. The labor intensive job of quickly building temporary cages for the 38 big cats was completed. Twiss was impossible to get along with and moved all her 70 cats and 30 horses that she had picked up from around the country and brought them to the refuge. It soon became evident, by incoming phone calls from all over the country from "big cat pet owners" looking for a home for their cat, that someone needed to start a refuge, or sanctuary. The Jackson family: Don, Hilda, Tanya, and Robert, stepped up to this challenge and did what most would only dream of sold everything; moved over 300 miles; and humbly went to work for the animals.

Today there are over a dozen reputable sanctuaries for big cats around the country, and Turpentine Creek Wildlife Refuge truly stands out as a frontrunner. The United States has thousands of its residents keeping dangerous big cats in their backyards, basements, garages, and warehouses. People acquire these animals as pets and soon find they have made a grave decision and turn to Turpentine Creek for refuge..
Turpentine Creek needs your help. Please get involved by volunteering or donating today.

Our mission is to provide lifetime refuge for abandoned, abused, and neglected "Big Cats" with emphasis on Tigers, Lions, Leopards, and Cougars.